A story of the dermatologist who self-injects Botox 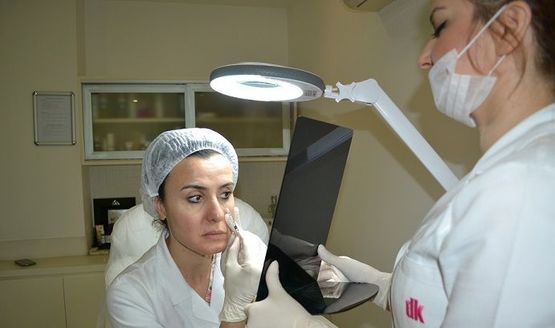 We all have thought of questions like "Do barbers cut their own hair?" or "Do doctors go to a doctor?"

So, have you ever thought if dermatologists inject Botox to themselves?

Meltem Şentürk, the founder of DK Klinik which provides service to patients for 13 years, is one of those dermatologists who self-inject Botox.

Few minutes after the Botox procedure in the video below we wanted to ask her some questions about Botox.

Dr. Meltem, how long have you been applying Botox to yourself?

I've been doing my own Botox for almost 8 years. In the very beginning, my first Botox was done by a friend of mine. But my dermatologist friends and I were working hard, so I often had to postpone my Botox sessions.

One day my husband said "You do dozens of Botox every month. I think you can do it to yourself, too. Why don't you try it one day? Let's see the results." And he added "You know every detail of the face anatomy, every fiber of mimic muscles. And you say that you could do it with your eyes shut." It sounded plausible to me.

I was already late for 2-3 weeks for my next Botox. I made my decision, got in front of the mirror, and started doing it.

Didn't you have any difficulties?

You bet! It is so difficult to inject Botox into yourself because the mirror shows everything inverted, so it takes time to get the hang of it. You know, even the best driver feels like an amateur on a new route, so I was sweating the first time I self-injected Botox. 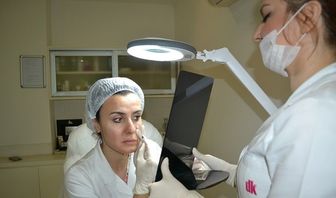 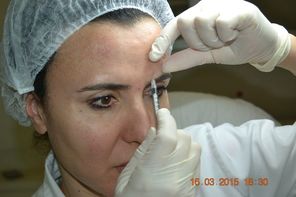 Yet this doesn't seem to have frustrated you.

Not at all! I remember myself thinking "How come I didn't do it myself before?"

Do patients have doubts about Botox when they come to your clinic?

The first comers do have doubts. They are afraid of pain or disastrous results they see on TV. On the contrary, Botox is a miraculous beauty elixir as long as it's done by an expert. I'm not talking only about the rejuvenating effect, but also the anti-aging effect when done regularly.

We only use FDA-approved high segment brands for both Botox and fillers always to be on the safe side.

On the other hand, the number of people who ask about the brand of Botox drug is increasing. This shows us that people are more informed and aware compared to 5 years ago. 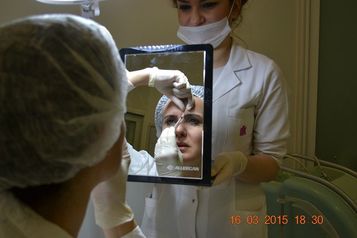 Do we lose our mimics and get a frozen face with Botox?

This is certainly a wrong opinion. Yes, Botox prevents wrinkle formation by paralyzing the mimic muscles. But it all depends on finding the right spot and the right dose.

Botox is generally thought to be an expensive procedure. What do you think about that?

Yes, people who have never had Botox may think so. The price of Botox ranges from 400 TL to 600 TL. Maybe it's not that cheap. But let's compare the effects of Botox with the effect of anti-aging creams. Anti-wrinkle creams from top-rated brands include peptides and specifically developed molecules and cost several hundred Turkish liras. However, their efficiency cannot be compared to Botox. Considering the costs, Botox is way more budget-friendly than the other methods. And, besides, people change their minds about the costs right after the first Botox session.